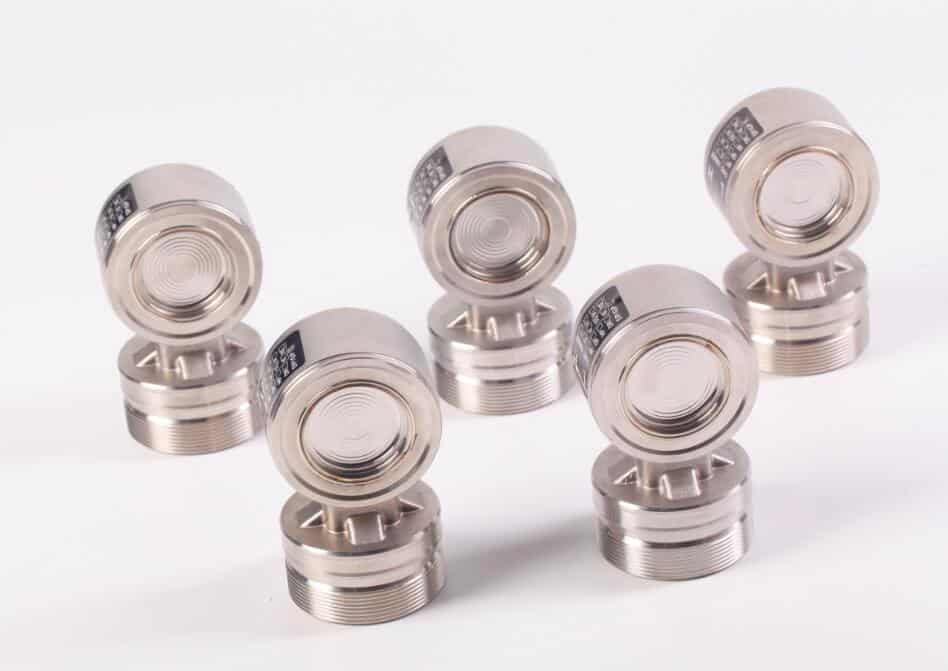 What is the capacitive pressure transducer?

The capacitance pressure transmitter is a pressure measurement device, which converts an applied pressure into a current signal, Like 4-20mA.

A pressure transducer is a device that measures the pressure of a fluid, indicating the force the fluid is exerting on surfaces in contact with it.

Pressure transducers are used in many control and monitoring applications, such as flow, airspeed, level, pump systems, or altitude.

A pressure transducer consists of two main parts: an elastic material that will deform when exposed to a pressurized medium. And an electrical device that detects the deformation and converts it into a usable electrical signal.

The elastic material can be formed into many different shapes and sizes, depending on the sensing principle and range of pressures to be measured.

This often involves a diaphragm combined with an electrical device, that uses a resistive, capacitive, or inductive principle of operation.

How does a capacitance pressure transducer work? 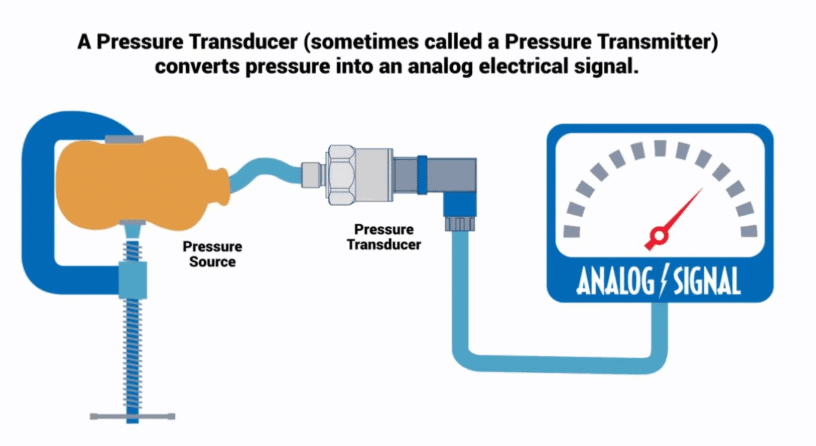 A variable capacitance pressure transducer has a capacitive plate (diaphragm), and another capacitive plate (electrode) fixed to an unpressurized surface. With a gap of a certain distance between the diaphragm and the electrode.

A change in pressure will widen or narrow the gap between the two plates, which varies the capacitance.

This change in capacitance is then converted into a usable signal.

– A linear change in capacitance with changes in the physical position of the moving element, may be used to provide an electrical indication of the element’s position.

The capacitance is given by:

A – Area of overlapping between those conductors

The permittivity of the medium and the area of overlapping will be constant in this case, the only varying parameter. In this case, is the distance between the conductors which varies when the pressure varies, which changes the capacitance.

The capacitance chamber is isolated from the process with an isolation chamber.

The pressure applied at one side. As the pressure at the high-pressure side increases the isolating diaphragm gets pushed toward the metal frame. Transferring its motion to the sensing diaphragm via the fill fluid.

The fill fluid will be oil.

A capacitance detector circuit connected to this cell uses a high-frequency AC excitation signal to measure the difference in capacitance between the two halves. Translating that into a DC signal ultimately becomes the signal output by the instrument representing pressure.

The simple capacitance detector connection with the electrical circuit is shown below:

Read more What is a diaphragm seal?

What does a pressure transducer do?

A pressure transducer is a measuring device which converts an applied pressure into an electrical signal.

Generally, a pressure transducer consists of two parts, an elastic material that deforms under the application of pressure. And an electrical part which detects this deformation.

There are different types of pressure transducers based on their design.

These sensors can come in several shapes and sizes, but the technology inside can also differ.

There 4 main types of pressure sensor based on this:

Absolute measurements are generally used in applications where you need a repeatable reference pressure; i.e. in an experiment or in a barometric application.

For example, if you are looking to replicate a test that was originally completed by a colleague in Denver, CO and you are at a facility in Boston.

May you may want to use an absolute sensor to minimize variables in your test.

Other applications include weather stations, altimeter calibration equipment, and semiconductor fabs and many more.

However, if you want to measure or control a pressure that is based on current conditions a gauge sensor may be best.

Generally, if you want to measure or control a pressure that is influenced by changes in atmospheric pressure.

This style sensor is used in any application where you want to overcome the atmospheric conditions, to produce a task or pull a vacuum to accomplisher another type of task.

The applications for gauge pressure sensors are quite vast.

A sensor capable of compound pressure measurement is one that can measure both positive and negative (vacuum) pressures.

Often compound pressure ranges are utilized in applications, where different parts of a process may either be higher or lower than the atmosphere.

For example, if you were a manufacturer of a collapsible water bottle, in one part of the process you may pressurize a mold to form the bottle, but they pull a vacuum to release the part.

In this case, you may be able to use only one sensor instead of two to accomplish the same task.

Remember that Differential pressure is the difference in pressure between two points of measurement.

You can measure very low to high pressures in all kinds of different media including liquids, gases, water, refrigerants, and air.

Thus, if you want to measure the difference in pressure across a filter (see below), you could use a differential pressure transducer like 3151DP to tell you when it was time to change the filter.

So you can maintain the Indoor Air Quality (IAQ) of your building.

Differential applications can be quite varied, some examples supply and return pressure in a chiller, airflow stations, leak detection systems, pressurized tank level, hospital isolation or protection rooms, and many more.

How much does it cost a pressure transducer?

There are a number of factors that will impact the price of a pressure transducer.

The more accurate, typically the more expensive the pressure transducer.

To learn more about the pricing of custom pressure sensors click here.

About 50% of these are 4-20ma Low-Pressure Transducers, 40% are Differential Pressure Gauge.

A wide variety of  Capacitive pressure transducers options are available to you, such as free samples, paid samples.

Sino-Instrument is a globally recognized supplier and manufacturer of  Low-Pressure Transducers, located in China.

You can ensure product safety by selecting from certified suppliers, with ISO9001, ISO14001 certification.