Sino-Inst offers a variety of magnetostrictive level transmitters for industrial level measurement. If you have any questions, please contact our sales engineers.

LD series rigid rod-type liquid level sensor is sturdy and reliable. It is easy to install and does not need daily maintenance and calibration. Stainless steel measuring rods and floats are not affected by the physical and chemical properties of the liquid medium.

No matter the liquid medium has steam, foaming, condensation, foam, boiling, corrosion. Or there is special conductivity, dielectric constant, pressure And vacuum environment. The sensor can be unaffected, accurate, real-time transmission of level signals over long distances. Under special circumstances, Teflon coating can be applied externally.

What is magnetostrictive level transmitter?

-The magnetostrictive level transmitter is suitable for the level measurement of the clean liquid level required by high precision. The accuracy reaches 1mm. The accuracy of the latest products can already reach 0.1mm.

-Magnetostrictive liquid level gauge can also be used to measure the boundary between two different liquids.

-The only moving part is the float, and the maintenance is extremely low.

As shown in the figure, the product should be installed vertically and the installation slope should not be greater than 5 degrees: when installing the float, the ON (upper) marked hemisphere should be above the liquid level:

The dead ends are measured at both ends of the measuring rod; the lower end and the bottom end of the rod should be flush when the locking ring is fixed.

This method is suitable for most liquid tank measurements. You can use the manufacturer’s connection flange or user-specified flange to screw the liquid level sensor mounting thread directly into the flange.

2. Use the active connector to install:

Note: Please tighten the compression nut and perform a pressure test to ensure the stability of the movable joint.

1. The selection of the level gauge should be consistent with the environment of the media on the site. Including ambient temperature, pressure, vibration, shock, compatibility of structural materials and media, etc.

3. There are measurement dead zones at the upper and lower ends of the measuring rod of the magnetostrictive level gauge, which should be considered when selecting the range.

4. The size of the stainless steel magnetic float commonly used for level gauges is Ф45 × 56 × Ф15, and flange connection of DN50 or above is required. For the liquid level gauge with thread connection, users need to install flange or bracket.

Radar level transmitter, also called Radar level gauge. Non-contact Continuous level measurement in liquids and solids with free space radar sensors. Non-contacting radar, based on microwave technology, detects only surfaces that reflect energy. These transmitters work on the principle of a radar by using radio wave emissions. Mounted at the top of a tank filled with a liquid. The transmitter sends a radar signal into the liquid, and receives a reflection of the signal. The transmitters then analyze the current fill level of the tank based on the time taken by the transmitted signal to return.

Guided Wave Radar (GWR) Level Transmitters, also called wave guided radar level transmitter. Using guided wave radar technology, GWR level transmittershave no moving parts. They can measure both level and the interface between two media. Continuous level measurement in liquids and solids with guided wave radar sensors. These transmitters work by sending a microwave pulse through a sensor cable or rod. The signal hits the surface of the liquid, and travels back to the sensor, and then to the transmitter housing. Based on the time taken by the signal to travel down the sensor and back up again. The electronics integrated in the transmitter housing determine the filling level.

How does a level transmitter work?

What is radar level transmitter?

Radar level transmitter is a kind of liquid level transmitter which uses the principle of radar operation.
Radar Level Sensor also called radar level transmitter, are the indicating transmitter for liquid level.
Non-contact Continuous level measurement in liquids and solids with free space radar sensors.
RADAR (Radio Detection And Ranging) is a device which can detect the presence of faraway objects by obtaining a reflection of electromagnetic waves emitted from the device itself. Although invented much earlier, wide deployment of radar was done by Britain during the Second World War to detect oncoming German bombers.
Radar level measurement is a safe solution. Even under extreme process conditions (pressure, temperature) and vapors. Various antenna versions for every kind of radar applications are available.
In continuous non-contact level measurement with radar, the sensor sends microwave signals towards the medium from above. The surface of the medium reflects the signals back in the direction of the sensor. Using the received microwave signals, the sensor determines the distance to the product surface and calculates the level from it.

What is ultrasonic level measurement?

Ultrasonic sensors are sensors developed using the characteristics of ultrasound. Ultrasound is a mechanical wave with a vibration frequency higher than that of sound waves. It is caused by the vibration of the transducing wafer under the excitation of voltage. It has high frequency, short wavelength and small diffraction phenomenon. In particular, it has good directivity, and can be ray and directional propagation. Ultrasound has a great ability to penetrate liquids and solids. Especially in the opaque solids of sunlight, it can penetrate a depth of tens of meters. Ultrasonic waves encountering impurities or interfaces will produce significant reflections and form reflections. Doppler effect can be generated when touching moving objects. Therefore, ultrasonic testing is widely used in industrial, national defense, biomedical and other fields. To use ultrasound as a means of detection, ultrasound must be generated and received. The device that accomplishes this function is an ultrasonic sensor. It is customarily called an ultrasound transducer, or ultrasound probe.

About 50% of these are liquid level meters, 40% is the tank level sensor. A wide variety of level meters options are available to you, such as free samples, paid samples.

Sino-Instrument is a globally recognized supplier and manufacturer of level measurement instrumentation, located in China.

Magnetostrictive Level Transmitter products are most popular in North America, Domestic Market, and South America. You can ensure product safety by selecting from certified suppliers, with ISO9001, and ISO14001 certification. 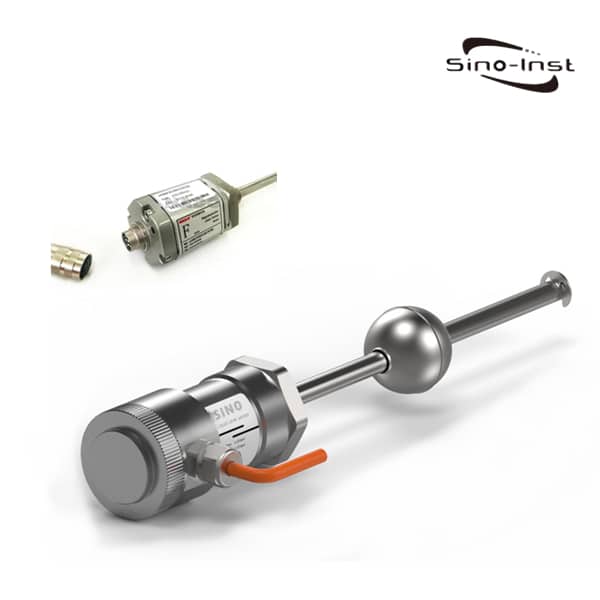